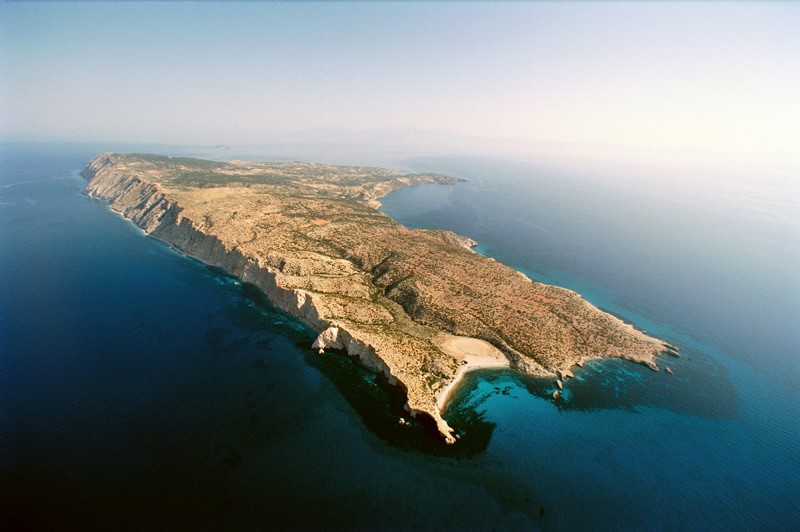 Gavdos is the southernmost tip of Europe, 32 nautical miles away from Paleochora, 22 from Hora Sfakion and 170 from Libyan Tobruk. It is a small island, just 30 trigonometric kilometers, with a triangular shape, with a maximum length of 10 kilometers and a width of 5. The beaches Karave, Korfos, Lakkoudi, Trypiti, Bo, Fetife, Sarakiniko, Agiannis, Lavrakas, Pyrgos and Potamos are some of the beads of the pearl coast of the island.

Kastri, Xenaki, Vatsiana, Abelos, are its few picturesque settlements. Scorpions, rock-cuts all over the island, left in the wake of time, remind the visitor of old times of acne and habitation.

There are few permanent residents on the island all year round and the infrastructure for tourists is basic and scarce. According to the 2001 census, 98 inhabitants lived in Gavdos permanently. The truth is that fewer than 50 live permanently, but during the census 98 people were on the island. In the summer, the total population can reach 3500, most of which are campers. The port of Gavdos is Karave. The capital of the island is Kastri, while its southernmost inhabited village is the Vatsiana of 23 inhabitants. Gavdos is a fishing village, with few but good-hearted inhabitants who are waiting for the best days of summer to see their island flooded by visitors. 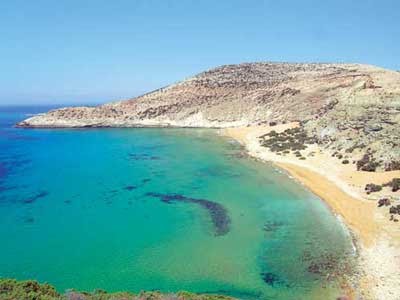 Gavdos, together with neighboring Gavdopoula, is a migratory bird station during their long journey from Africa to Europe and vice versa, as well as a shelter for endangered seal species and turtle-tailed turtle.

Gavdos is a unique gem in Southern Europe, away from the bustling "civilized" world, with wild beauty, crystal clear blue waters, with dreamy sunrises, breathtaking sunsets, and glamorous beaches. An island with great beauty that anyone can discover and enjoy. Pine trees, cedars,  embellish the island. It is no coincidence that Gavdos joined the Natura 2000 program.

Wonderful paths offer magnificent tours of the island: from Corfu to Trypiti, from Kastri to Ambelos, from Hamoureos to Kedre and Lavrakas, from Vatsiana to Korfos, from Ag. Panteleimonas in Kastri. Tours that require proper shoes, sunscreens and natural supplies, especially water.

Oggyi, Oggyia, Gougia, Gavia, Gavdia, Gavdos, Claudia, Gozdo, Guddi, Claudia, Claudia are a number of the names we meet in Gavdos in various periods of history. Names that propel an unbroken inhabitation of the island from the Neolithic to the present day. Signs of this unbroken habitation can be seen in the excavations of Sarakinikos, Korfos, Agiannis and Lavrakas.

Apostle Paul passed from the shores of Gavdos on his journey to Rome. Leaving Crete, a storm changed his course and pushed his boat near Gavdos, a fact witnessed in the Bible. 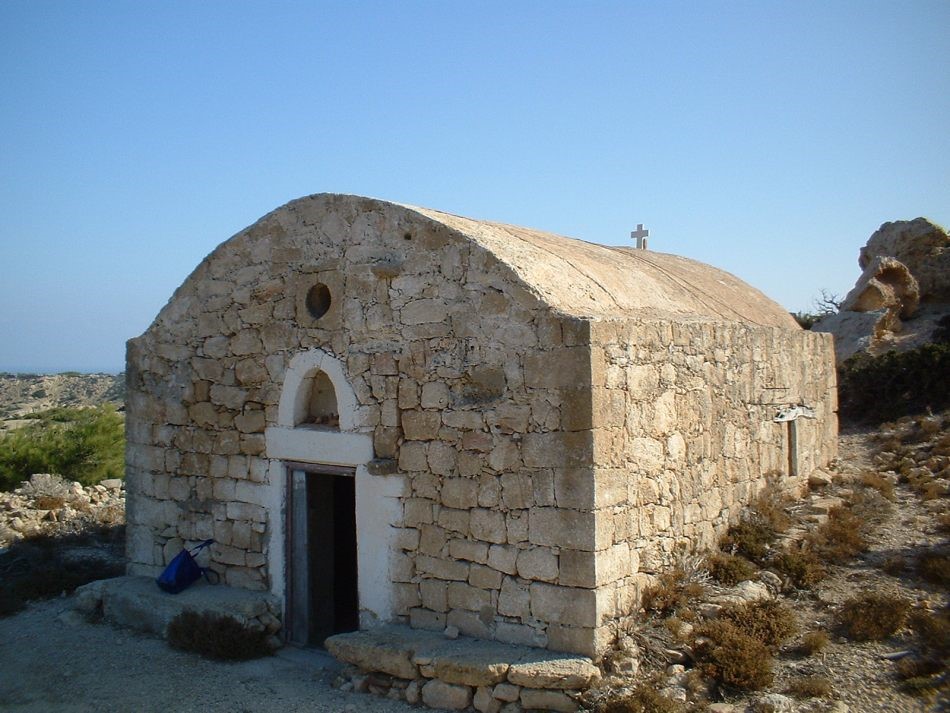 Later, during the Byzantine Empire, the island had about 8,000 inhabitants (900-1000 AD), 3 bishops and one archbishop. During the Ottoman Empire on the island, which lasted from 1665 until 1895, Gavdos was known as Gondzo. During this period the population decreased significantly to only 500 inhabitants in 1882. A lively reference to the Saracens survives - as the Sarakiniko beach reflects the island's history. In the 1930s the island was used as a place of exile for the Communists. More than 250 people were exiled, including the leading Communist Part of Greece executives, such as Markos Vafiadis. During the Second World War, allied forces transferred some forces to Gavdos after the German victory in the Battle of Crete. Later, the general phase of urbanization that began in other parts of Greece in the 1960s, took place in the 1950s in Gavdos. During this period, the islanders exchanged their land in Gavdos with former Turkish lands in Crete, which had become more interchangeable. Once settled in Crete, they created a community known as Goudiotika, which exists today and is part of the city of Paleochora.

Apart from the excavations on the island, there are several interesting places you can see. Seventeen small churches adorn the island. Agia Triada in Kastri. From Gavdos the Apostle Paul and the 99 Fathers passed along with St. John the Hermit. Gavdos was once Episkopi.

The trademark of Gavdos is the old lighthouse once dominated over the steep southwest coasts, the Aspas, which are almost vertical, extending over ten kilometers in length. It was built in 1880 at an altitude of 368m. and was visible from a distance of 40 miles, the longest distance then in the world. It was bombarded by the Germans in May 1942 and was almost totally destroyed. Today, this lighthouse, rebuilt, is once again dominant in the same spot, a few hundred meters before we reach Ambelos.

The lighthouse is one of the sights of the island. These can be added to the building of the exiles on Metaxa in Sarakiniko, the Venetian castle in Kefalos, the Roman and early Christian ruins on the hill of Agianni, the carved graves in Lavrakas, the famous Kamares in Trypiti, the excavations at Sarakiniko and Korfos of course, the small folk museum in Vatsiana

Because it does not rain often in Gavdos, there is little water available for tourists. This is despite the government's futile efforts to drill water from drilling. In the driest periods, there is no water for showering. The electricity problem, as mentioned, is very intense and is covered with generators.